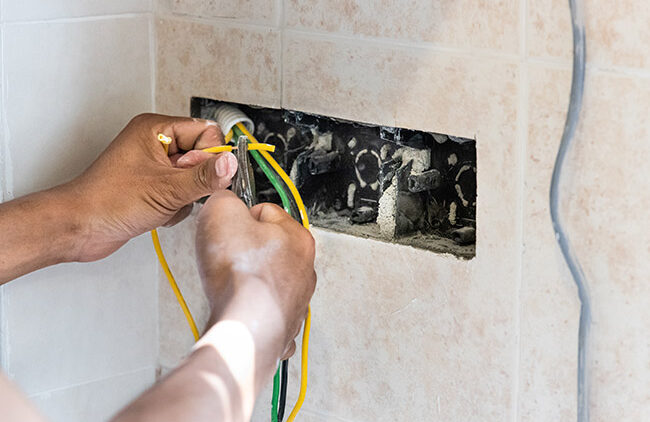 When you put off replacing the outdated electrical features of your home, the greater the risk of danger as time passes. Faulty electrical components result in deadly hazards, including electrocution, fires, and power outages.

Fall is on its way with shorter days and cooler temperatures. The start of autumn is a good time to get your home’s electrical system in good shape. It is crucial to ensure electrical reliability and safety before the holiday season when hazards increase due to increased power demands and use of portable heaters.

There are signs indicating a home’s electrical system needs repair. Some examples are circuit breakers frequently tripping, electrical burning odors, faulty outlets, and flickering lights. Winter brings the most electrical dangers, so doing needed electrical work during the fall will help give you the peace of mind from living in a safer home. The following will discuss six fall electrical services recommended by licensed electricians.

There are still many homes built between the late 1960s and late 1970s that are equipped with aluminum wiring, which requires replacement for safety reasons. Less costly than copper, aluminum wiring was considered a viable alternative at the time. That wiring is now considered unsafe after it was discovered it occasionally caused fires.

Rewiring may also be necessary if your historical home is still equipped with knob & tube wiring. Used from the late 1800s to the 1950’s, knob & tube wiring is now considered obsolete because it cannot handle modern electrical needs.

If your home is older, the panel will probably be undersized and outdated. It may also be a fire hazard because of degraded components. A 200-amp service panel is now the standard because it is capable of meeting the electrical demands of a typical modern household. Thus, having an electrical service panel upgrade or a “heavy-up” may be necessary to ensure the safety of your home.