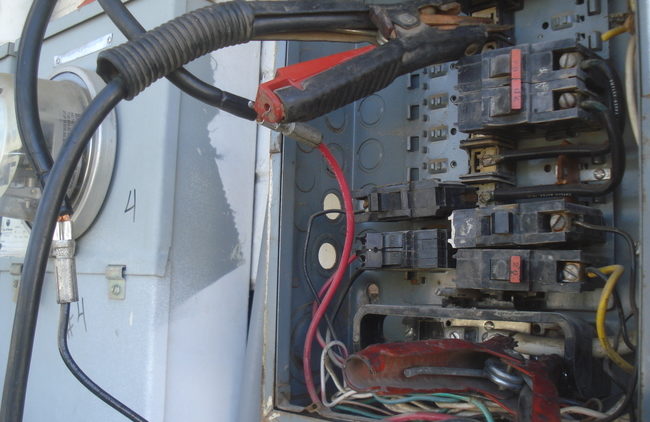 Failures of electrical panels can result in dangerous electrical arcing between the circuit breaker and busbar or cause a circuit breaker’s failure to trip because of an overload. Both can lead to the buildup of very high temperatures and eventually a fire.

Houses that were constructed from 1950 to 1980 typically had the following three brands of electrical panels: ITE Pushmatic, Zinsco and the most notorious, Federal Pacific Electric. Call an experienced and licensed electrician if your home has one of these panels still installed and replace it with a modern model to protect your home and family.

Some older circuit breakers and electrical panels do not necessarily have a design flaw that pose as a shock or fire hazard. However, they may be obsolete like the ITE Pushmatic. Finding replacement circuit breakers for them is very difficult because they are no longer manufactured. You may get lucky on eBay, but their prices will be high. The way that the ITE Pushmatic was designed makes it impossible for these old electrical panels to have new circuits and loads added because of the limited space within the panel.

Notorious because of much negative publicity, FPE electrical panels have been under investigation and taken to court many times because their Stab-lock circuit breakers were poorly designed.  When a circuit overload or short circuit occurs, they often fail to trip, resulting in unimpeded electrical flow. Consequently, temperatures rapidly increase, and a dangerous electrical fire eventually results.