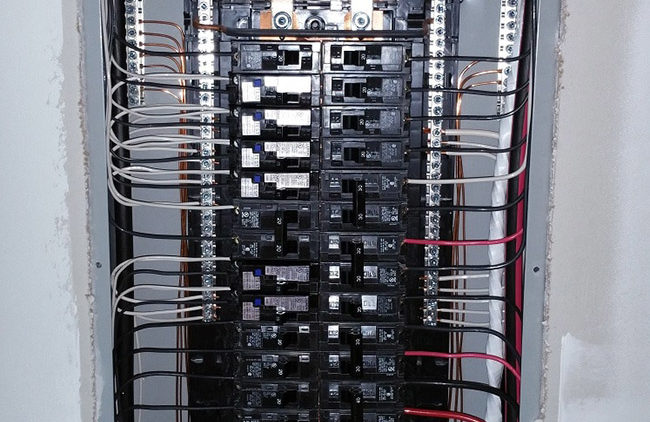 As discussed in Part 1, a heavy-up (electrical panel upgrade) before winter will help ensure the safety of your family throughout the holiday season when electrical loads jump dramatically.

Don’t ignore electrical burning odors coming from an electrical panel. This could indicate a faulty circuit breaker or improperly connected wiring. In either case, there may be a serious hazard with the potential for an electrical fire.

Homes with fuse boxes were typically built before 1960. If this is the case for your house, electricians recommend that you install an electrical panel with circuit breakers. Fuses that blow require replacement, while circuit breakers just need an easy flip of the switch to reset. Insurance companies consider circuit breakers safer and will charge less for coverage.

Homes that have numerous extension cords and power strips because there aren’t enough wall outlets are less safe. Adding wall outlets in every area a home needs more may require upgrading the existing electrical panel to handle the greater demand for power.

An electrical panel that crackles or has circuit breakers that trip often may require replacement. Tripping sometimes occurs when too many appliances are plugged into a circuit causing an electrical overload. As a safety measure, power is cut off to prevent the overheating of wires. A new electrical panel may be needed to handle the existing load.

A serious warning sign is when an electrical panel feels warm to the touch. It may indicate overloading, a faulty panel, or an improper installment. Any of these three symptoms may require an upgrade.