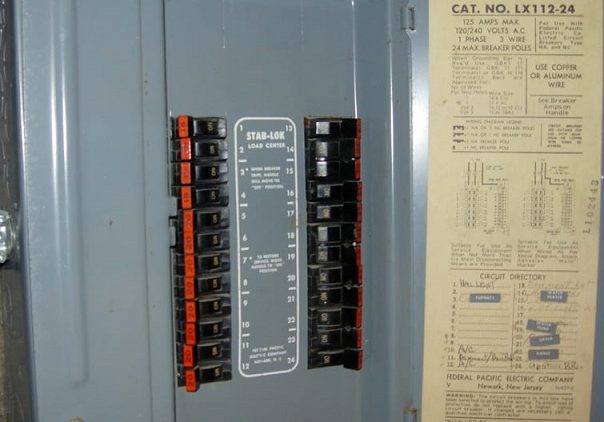 Installed throughout the United States, Federal Pacific Electric Stab-Lok (FPE Stab-Lok) manufactured electrical panels and circuit breakers marketed under the Federal Pioneer brand. The shortcomings of FPE Stab-Lok have been known by professionals even before its production ceased in the mid-1980s.

Substandard manufacturing, fraudulent labeling, recalls, fires, and injuries are all attributable to FPE Stab-Lok. Tests by independent labs have found that its circuit breakers have a failure rate of up to 80%. As a result, the product is considered a serious hazard.

The following will further discuss FPE Stab-Lok panel and circuit breaker issues. Consult with an experienced and licensed electrician regarding replacement for your safety.

A class-action lawsuit filed in New Jersey found that Federal Pacific Electric (FPE) had violated the New York Consumer Fraud Act over numerous years. In its 2002 ruling, the court stated that FPE unlawfully distributed circuit breakers that were not tested to meet UL standards as was labeled on their products.

Compounding its inadequacy in protecting people and property from hazardous overcurrent, FPE Stab-Lok circuit breakers that are switched OFF will occasionally remain ON inside, potentially causing injury or death. Studies have confirmed FPE Stab-Lok panels are responsible for a considerable number of injuries, deaths, and property losses annually.